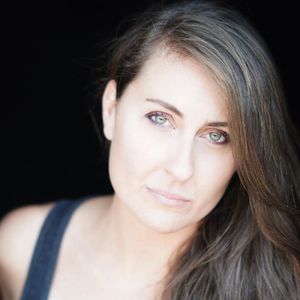 I focus on grounding your base realities in your sketches/characters - no matter how dumb or goofy they may be. I have four years of house team experience at UCB (performer on Maude for three years and one season of Characters Welcome) and have had multiple running sketch shows at the theatre. I have a full grasp on game and will work my ass off to get you to exactly where you want to be. Here's a professional bio if you're into that sort of thing!:

Audrey Stanfield is an actor, writer, and comedian based in New York City. She received her Bachelor of Fine Arts in Acting and served as an ensemble member at HB Studio from 2010-2012; acting in New and classic and contemporary works. She begin training in improvisation with The Upright Citizens Brigade in 2012 and was soon accepted as a sketch performer on Maude Night. She performed on Maude Night for three years before moving up to the character house team, Characters Welcome. She has performed sketch comedy and original impressions and characters across the city and participated in numerous festivals across the country. Her sketches have been featured in TimeOut NY, Gothamist, The New York Times, BuzzFeed, The Onion, and Funny or Die.